On July 20, the on-site meeting of Hebei Development and Reform Commission to promote the construction of distributed photovoltaic power generation projects in remote mountainous areas and Bashang area was successfully held in Tangshan.

The construction of the project is a successful exploration of the new model of coal to electricity by Haitai Xinneng in response to the call of the government, which is of great significance to promote clean heating and reduce air pollution in rural areas. While further improving the utilization rate of electricity instead of coal and reducing carbon emissions, it also effectively increases the economic benefits of the masses. 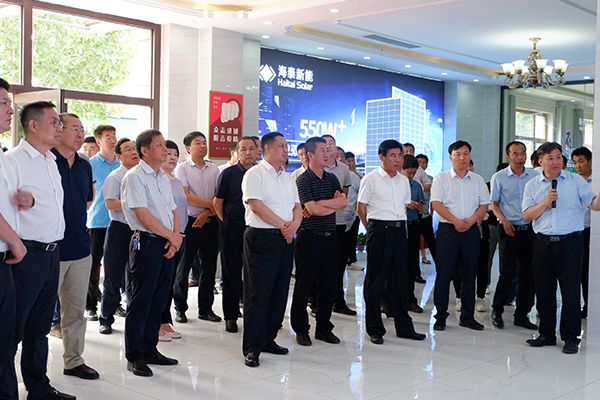